Finally, I Have My Proof!


Some time ago, I was talking to my best friend. He told me that CFL's were a load of shit and that the mercury content was being overlooked. I told him that they weren't loaded down with mercury to the point of being concerned, but I didn't have an exact number to give him(I hate this kind of arguing without tangible documentation). I forgot about the "discussion" 'til I came across this article which gave me the documentation that I needed and was too lazy to dig up on my own. Besides, I have found sources, but they always conflicted. On top of that, I don't like using company info as a source(I.E. GE's own web page) because it may be biased. This article has great sources and did a lot of research work that I don't have the patience for. Here are a few examples of the savings:

A 26 watt CFL has the lumens(amount of light projected) that a 100 watt bulb has. As you can probably tell, uses nearly a fourth of the energy. Translates to this:
1 26 watt CFL saves 126 kilowatts of electricity per year. Remember that's PER BULB! This not only translates to an energy savings as a customer, but it translates to 170 lbs of CO2 emissions as well as a patron of this rock we live on. So, you do the math yourself as to how much you can save in your own home. I use primarily 13 watt bulbs, so the savings double. The info is there, just plug and chug.

What about the Mercury? Chris, if you are reading this by now, this info is for you. The average CFL has 4 milligrams of Mercury and those amounts are getting lower as the technology of the industry gets further along. That's less than a fifth of what a watch battery has, or less than 1 per cent of an old school thermometer. This article even addresses some of the myths and fears faced with CFLs including the,"What if I break a bulb?" horror scenario:


"Even a broken CFL bulb won't leak too much toxic metal. According to the EPA, just 6.8 percent of the mercury in a CFL bulb—that's at most 0.34 milligrams—is released if it shatters. OSHA's permissible exposure limit for mercury vapor in the workplace is 0.1 milligrams per cubic meter, so you'd have to break that bulb in an extremely cramped space for there to be an appreciable hazard."

Okay that's enough work for me, if you want more, read the article yourself and stop listening to the mongering of those who still want to buy those cheap ass incandescent bulbs. Hopefully the light bulb in your heads have been turned on by this. God, I hate exploring my geek side...in public.
Posted by The CDM at 9:14 AM

Those new bulbs are great. They even got 3-way (not that kind) bulbs now too.

I have those bulbs in every single light in my house. I love 'em!

Btw, geeks unite! ;-) I'm such a geek I even went to a Star Trek convention and I knew to throw toast at a showing of the Rocky Horror Picture Show! ;-)

I use those bulbs too. And in 2 1/2 years I haven't had to replace any of them. They light up just fine. Thanks for the info.

Kim - I hate to admit it, but I went to a Star Trek convention once too. A friend of mine was really into it and I thought it would be a kick to go. I think this was in the 80's. omg - did I really just admit this??!! lol! 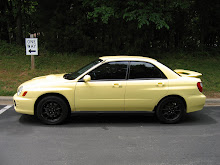 I've Always Got My Ear To The Ground...And One In The Air 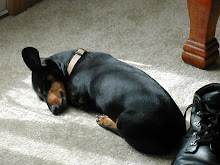 THE OTHER HOODLUM WITH CORNROW EARS 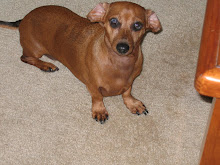 THIS ONE HAS BEEN KNOW TO KILL

Take Another Look At Diesels

I AM THE MOST HUMBLE PERSON I KNOW 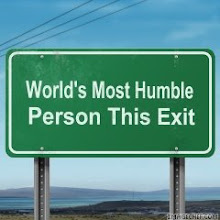 The Department's Community, It's Equal Opportunity and It's Ever Growing!